It’s been a month since our fruitful and exciting business trip to Jakarta as PINC’s representative, and as a first-timer there, I am so excited to share my thoughts, and experiences from the trip, including all the new friends I’ve made there!

On the 10th of May, Sabrina and I left Singapore to explore our beautiful neighbouring country, an economic powerhouse that comprises of almost 40 percent of ASEAN’s economic output (McKinsey, 2014) – Indonesia! How did this happen? By a stroke of luck and serendipity.

All of this would not have been possible if it were not for that fateful encounter at Singapore’s Tech in Asia (TIA) event held at Suntec last May 15 & 16, wherein we were prompted to apply for a competition, the inaugural In-Flight Conference (IFC). Imagine that! We, two seemingly competitive start-up founders, just signed-up at the event, and as if by magic, we were selected for the IFC after applying.

Not letting opportunities pass us by, Sabrina and I decided to add other business-related events, besides the IFC, to our itinerary. After all, you never know where life can take you. And as luck would have it, two other blockchain related events were being held in Jakarta, which included Blockchain Jakarta.

Before our much-awaited trip, we attended the forum conducted by the National University of Singapore Society, where, to our utmost delight, we met with Minister H.E. Airlangga Hartarto. Not only was it thought-provoking, but it enabled us to keep up with the latest trends and economic directions of Indonesia. During the ministerial dialogue, Minister Airlangga shared Indonesia’s direction and attitude towards the digital innovations and disruptions. And from there, we are confident that the future is bright for PINC and we are well positioned to ride on the industrial wave.

Hence, our preparations for the TIA IFC is finally done, and we can confidently enter Indonesia armed with our knowledge and eagerness to learn!

One thought that our first day would be a more restful hotel day, but worry not, for we will not bore you with such tales! Immediately after we arrived, we, together with Jeffrey Nah, the managing director of JN Capital & Growth Advisory, had an impromptu tour, of Go-Rework, an exciting co-working space. Go-Rework is not your average co-working space, as its mission is to help people be the best version of themselves, making them Indonesia’s leading premium co-working space! From there, I could just picture PINC working with that possibility in the future!

Afterwards, we had a simple dinner at SKYE and met with Agustin from Block 71 Jakarta. Albeit simple, the meal was one of the highlights of the trip as we came to know more of the Salim Group.

Fun Fact: Did you know Indonesia’s biggest conglomerate, which includes assets such as, Indofood Sukses Makmur, the world’s largest instant noodle producer, and Bogasari, a sizeable flour-milling operation? Just think of your Indomie noodles! That’s from Salim group, and you would also be intrigued to know that “Indomie” is replacing the word ‘noodle’ in Nigeria according to a feature report by VICE!

But what relevance does this have to PINC, you may ask? Well, if we want to enter Indonesia’s market within our expansion plans, we would be most certainly looking to explore collaborative opportunities with Salim Group via Block 71.

Now, unto the real deal, the 11th of May officially marks the first day of Blockchain Jakarta, a haven of learning, and a platform that connects everyone in the start-up industry!

Just on the first day itself, many thought-provoking talks from various speakers such as Nikolay Volosyankov, CEO of CryptoEven, Madam Hajjah Norati, brand ambassador of FOIN, Dan Gailey, CEO of Synapse AI, Andrey Kulikovsky, marketing adviser of MOS Network, and many others were available for event participants (for more extensive list of speakers, please visit https://cryptoeventindo.com/may11). The talk that struck us most would be, “ICO’s All Hype or the New Reality – a realists view on the power and potential of crowdfunding” by Zach Piester.

Zach Piester began his talk by introducing us to the world of Blockchain technology, which he simplified as a decentralized ledger, a single version of the truth, and the transfer of value without a third party. According to him, blockchain technology is basically a database that can never be edited, which means the transaction can never be changed, whether for better or worst. Further, he discussed how blockchain was hyped as a new global financial system, fraud and corruption killer, solution to everything, and as though everyone could use it. For no matter how efficient blockchain is, it should be tailor fit to the right business, which is why it is perfect for PINC! Firstly, PINC enables transparency among all its users in their transactions, which Piester suggests as one of the most useful benefits of the blockchain. PINC definitely belongs to this 5 percent of the companies that Piester mentioned to be in need of blockchain! The security of transactions done by users in PINC is ensured as all users in the network would have to come to a consensus regarding change of any kind within the transaction.

Following the talk, we were blessed with an illuminating panel discussion on the “Benefits of Blockchain for SE Asia Region” by Sandris Murins, Garlam Won, Pavel Cherkashin, and Brian Kanda. As countries in the SE Asia region are described as emerging economies, the popularity and need for blockchain have been thoroughly discussed in these counties. What else would these countries need but secure and speedy financial applications? Indeed, PINC has infinite possibilities in these emerging markets in the future!

Before listening to the talk on “Women in Blockchain” by Nikita Sachdev, we were given the opportunity to visit the deputy general, which gave us even more profound insights with regards to blockchain and the future of technology.

Back to Nikita’s talk, which inspired me to infinity and beyond, as it focused on how to be women #goals in blockchain! To begin with, Nikita is and will always be one of the “Crypto Queens” that I will always aspire to be! Not only is she spectacularly-looking on the outside, with not a hair out of place, but she is also a woman filled with intelligence and passion for the blockchain industry! Since technology is not only of the present but also the future, women like us should not let males dominate this field. We should not only “sit pretty,” but use the knowledge of technology to our advantage, be it about fashion, or any industry! The key for PINC’s development and the evolution of fashion, in general, is to incorporate it with technology, and who else should lead this evolution but women!

Onto Day 2! Much like the first day, this day was filled with talks from various big leagues in the blockchain industry in Indonesia. Notable speakers include Sandris Murins, co-founder of Iconic Lab and FIC Network, Pavel Cherkashin, venture capitalist, Zaharuddin Rahman, managing director of Elzar Shariah Solutions, and other forerunners in the blockchain industry (For the full list of speakers, go to https://cryptoeventindo.com/may12). Among these, of course, two talks mainly stood out!

The first of these was “How Blockchain Changes the World of Venture Investments” by Sandris Murins. The talk by Sandris exemplified the notion that PINC is on the right track in regards to blockchain technology. As established, each transaction in PINC is considered as a block and as it builds up becomes a chain, which ultimately makes it secure in a sense that not one person can suddenly decide to change the information with the transaction. Although this idea started from BitCoin, blockchain has now become critical in venture investments as it can do so much more from other industries such as commerce, science, fashion, and many others!

The next gratifying segment of the event was “How Blockchain Technology can Disrupt Digital Marketing and Advertising Industries” by Syed Irfan Ajmal. Because of the nature of Blockchain technology, it is already a fact that it can affect marketers in many ways, especially regarding providing their users with more secure transactions, which is what PINC has already been doing. As consumers are given more control of their data, marketers are also given the opportunity to reorganise these data in ways that can be easier for digital marketing and advertising. As we believe and embody at PINC, blockchain is the key to revolutionising digital marketing and social commerce, especially in a world where everyone follows whatever is trending! For those still in doubt, just look at PINC and other similar start-ups, and see the ease of blockchain yourselves!

Other eye-popping parts of the event included a virtual reality gaming booth and Crystal IO! Since these were super advanced and not something you can see on a daily basis, they were definitely two of the aspects of the event that stood out!

All in all, Blockchain Jakarta 2018 was good, but may not be that well worth the hundreds of miles travel! The talks were not only entertaining, but it puts things into perspective regarding PINC’s current position and future. Although it was not a perfect event with some speakers appearing more prepared than others, exhibition booths mainly consisting of ICO companies and may seem as repetitive to some after 1 day, it proved to be a genuine platform of ideas in regards to blockchain technology.

Concerning expectations, the talks given were genuinely enlightening. However, the manner of networking could be improved. The event could definitely have more opportunities for attendees, speakers, and other guests to have more in-depth conversations. Due to the limitations of their exhibition, I would probably not have a repeat of this experience, unless there were more investment opportunities and a more extensive exhibition will be available in the future. As it is now, Blockchain Jakarta 2018 is probably not that worth the time, travel, and expenses. 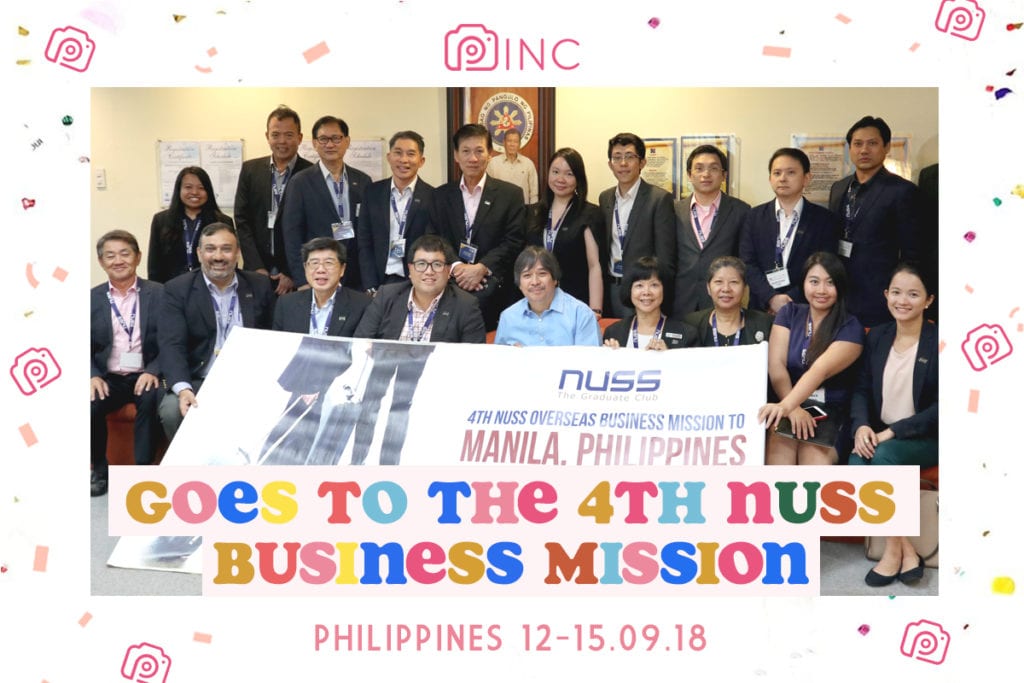 Hungry for more knowledge? Despite the anticipation for the holiday season, there is no rest for the hardworking folks at PINC. To further develop our… 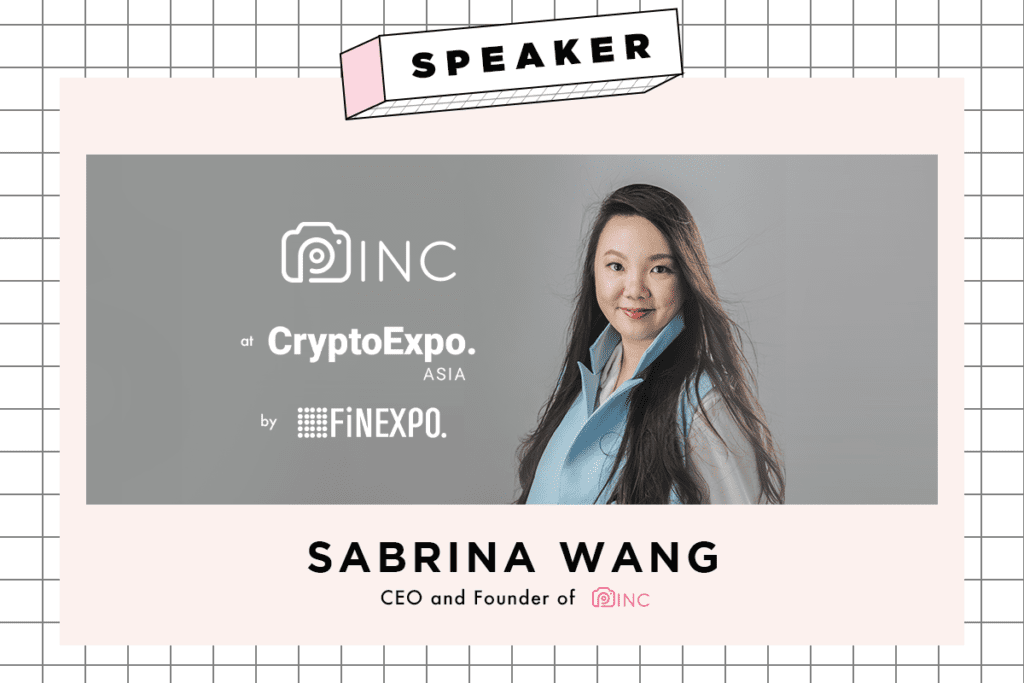 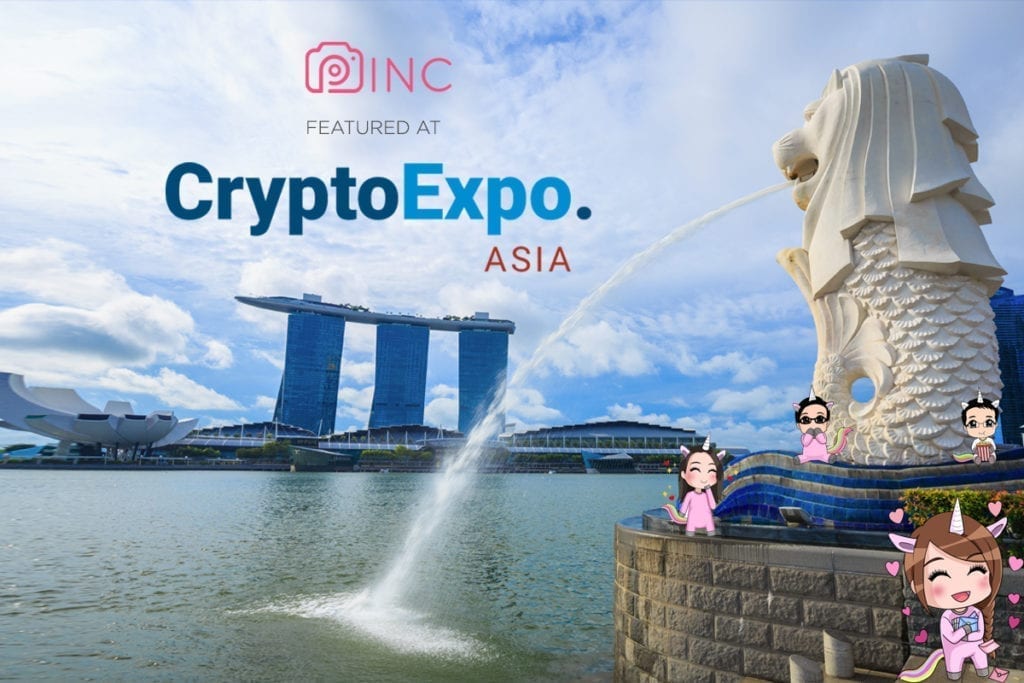 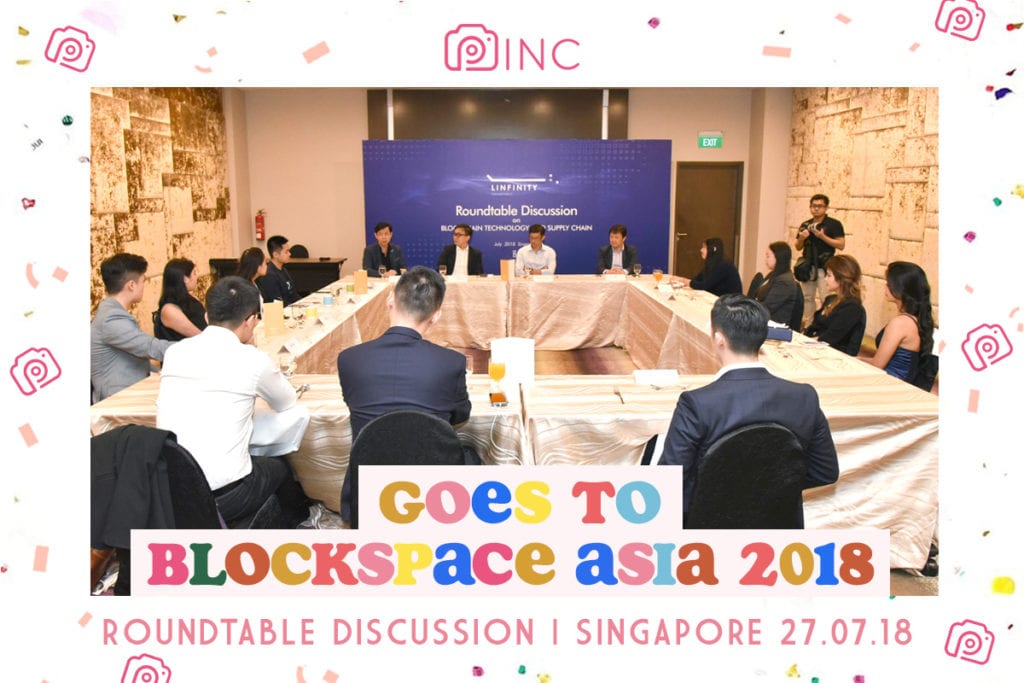 BlockSpace Asia 2018’s final event included a roundtable discussion, “The Past, Present, and Future of Supply Chain, FMCG, and Retail; Connecting with Social Commerce and… 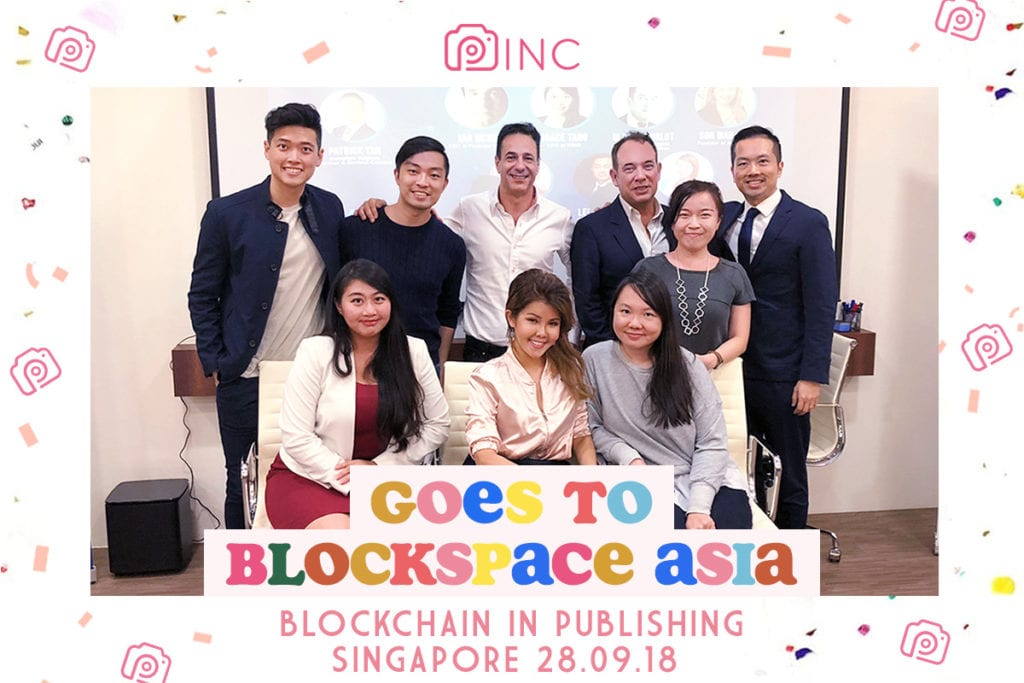 As a platform that attempts to encourage all types of users to experience the ease and joy of social media, PINC is always ready to… 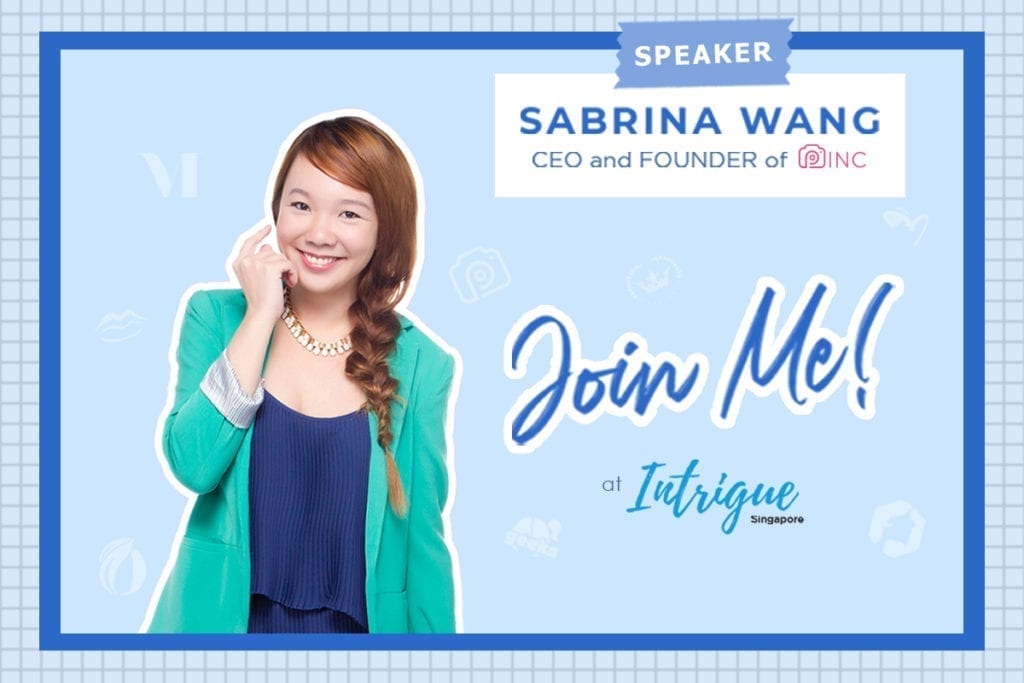